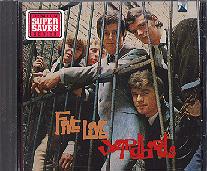 The Yardbirds then...
Pioneer U.K. blues and rhythm&blues outfit that featured in succession at one time or another the brilliant guitarists Top Topham, Eric Clapton, Jeff Beck and Jimmy Page. Evolved (under Jimmy Page era) into the New Yardbirds and then quickly into Led Zeppelin and met fame and fortune.

...and The Yardbirds now!
During the 90's the Yardbirds name has been magically resurrected by the stable team of original members

Jim McCarty (drums) for a new era.
These more recent lineups have included:

Alan Glen (ex-Nine Below Zero '92 - '95) now plays the harmonica with The Yardbirds. Alan Glen is also harpist with Sonny Black & The Dukes.

Steve Kennedy for info and bookings of current Yardbirds outfit

For their fuller story of The Yardbirds, click for the next chapter(s)!