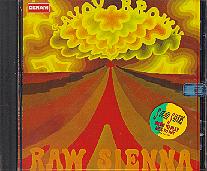 Guitars & amps dept:
In Guitar Player, January 1975 (at the time of the "Boogie Brothers" album), Kim tells about his Gibson Flying V guitar:
"I bought the Flying V second-hand - the serial number is something like 00018. They made very few of them, so far as I know. I've kept it - mostly as a symbolic thing."

He has used a succession of guitars:

"Now I've ended up with a Gibson Stereo (looks like a 355 in the pix. Christer's note), which I'm really happy with, because I think it has everything that the Flying V had, but with a very nice acoustic quality. It's got a lovely neck - I love playing ebony necks. The Flying V had a rosewood neck, and I don't get along very well with rosewood necks, because I'm a very light-fingered player". The Stereo dates from the early sixties.
"I plug it straight into my amp (four Twin Reverbs linked together, with J.B. Lansing speakers). I don't bother with all the knobs and things. In fact, I use it virtually as a 335. I don't even know if the stereo thing works."
He keeps his guitars and amps standard - no souped up jobs.